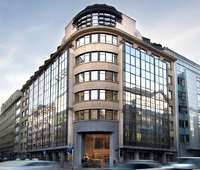 
We have been informed that the EFTA surveillance authority has recently sent a letter of formal notice to Norway concerning posting of workers (see http://www.eftasurv.int/media/esa-docs/physical/Letter-of-formal-notice---Complaint-against-Norway-concerning-posting-of-workers---1.pdf).

The current procedure is extremely awkward. In 2013 the Norwegian Supreme Court already concluded that the general application of the Agreement on coverage of expenses for travel, board and lodging were in accordance with EEA law (and the current Posting of Workers Directive 96/71EG). The Norwegian Supreme Court has grounded its argumentation on the principle that the posted workers should at least receive the Norwegian minimum wages and that wages deductions would de facto substantially reduce the wages received by the posted workers.

We absolutely do not understand why the ESA continues having a very restrictive interpretation of the current Posting of Workers Directive. You can see for yourself the argumentation of the ESA, which is mainly based on the Laval and Commission v Luxembourg cases and that there was a complaint of a Polish company. All these elements indicate that the ESA letter of formal notice is primarily based on a political restrictive interpretation, which contradicts the proposed revision of the Posting of Workers Directive.

We kindly ask you to take these elements in your ongoing discussions.

In case you have further questions, please do not hesitate to contact me.